Doppelganger : Dawn of the Inverted Souls 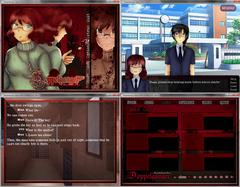 After her sister Bertha's death, Lucia Nicol is struggling to follow her footsteps. She becomes a self-centered person who will do anything to replace Bertha's position in her family. Her actions made her schoolmates to loathe and bully her, thus leading to an unexpected event. One by one, the schoolmates who bullied her were attacked and suddenly she became the main suspect. After those events, she found out that she was able to see people who can’t be seen by “normal” people, and uncover the dark, insane truth of an entity called “Doppelganger”. Her life is suddenly in danger, and those people she normally trusts suddenly don’t look so kind any more… Play as Lucia as you struggle to escape your fate; dying or living a life where you will certainly wish you are dead… 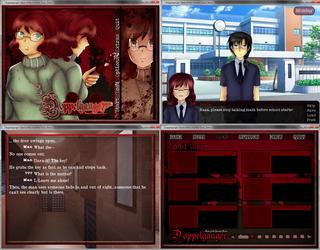