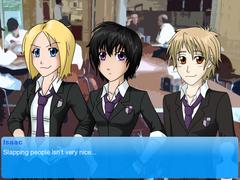 The lives of six high schoolers are turned upside-down when Isaac, who was once a close friend to a fellow student named Maya, decides to return to school after several years of absence. Isaac; an aloof and often forgetful boy, attempts to reconnect with old friends, but is disillusioned by how much they have changed. Maya; a somewhat-nervous yet mostly steadfast girl, is thrown for a loop when her ex-boyfriend of two years; Jayne, suddenly shows up out of nowhere, and is forced to come to terms with an unresolved breakup. Every story has two sides in "Lines of Symmetry". In "Lines" you have the choice of assuming the role of two different characters throughout the course of the story; Isaac, and Maya — of whom are both currently senior students at a highly prestigious Catholic High School in the pacific northwest. You are given the option to switch between the viewpoints of these two characters at the beginning of each chapter to try and understand their different points of view, and to hopefully piece together their currently dysfunctional relationships. 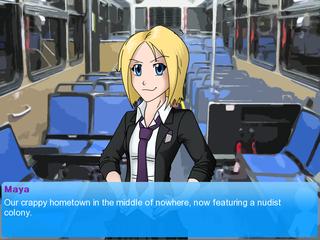 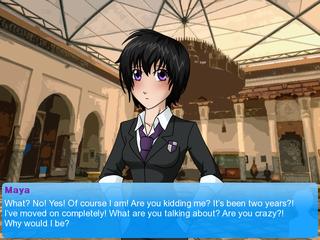 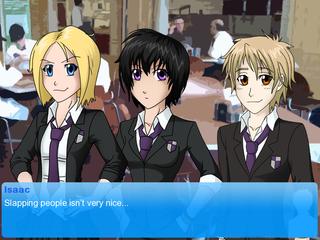