Queen Karen has disappeared! Join the Amazon Princess Loren in her journey to find what happened to her mother. Play as Saren or Elenor, fight monsters, discover new places, find romance and defeat the evil Fost! Game Features Old school battle system: the core of the game, the battle system is turn based and it's extremely detailed offering lots of strategic options, but at same time easy to pick up, thanks to the user-friendly interface Original Soundtrack: composed by Matthew Myers and performed by Cristina Vee Detailed inventory system: manage a full party of characters, equip weapons, armors and jewellery Skills-based RPG: discover all the powerful skills of each one of the 13 recruitable characters. Each character has a unique specialization skilltree High replayability: make choices that will have an impact in the story and the final outcome! Lots of romance options: as either Elenor or Saren you can experience 12 unique romances, including all possible gender combinations Epic setting: fight an army of demons, undead and other mythical creatures while collecting money and glory! Beautiful artwork: featuring manga artwork, hand drawn backgrounds and a charming user interface and icons Huge map and story: travel across the region of Aravorn, from snowy mountains to desolate deserts, from vampire-infested castles to lizard-infested swamps ! 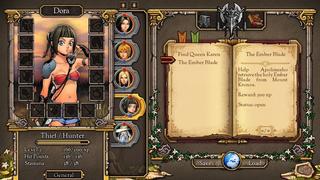 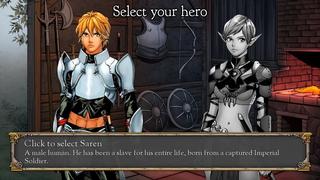 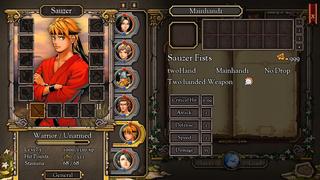