Postcards: A Visit With Grandma 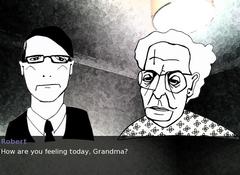 Grotesquely re-animated for RPGMaker.net's Revive the Dead Contest, October 2014. Jewish, depressed, 92-years-old and living on foreign soil. You never knew what kind of experience you were going to have when you visited my grandmother. Sometimes she was sweet, sometimes she was a nightmare, but she was always an absolute hoot. For better or for worse, I treasure the time we spent together. In this short linear visual novel, adapted directly from a short radio play I previously created, I aim to give the player the experience of visiting a crotchety old woman who just won’t quit. You can’t win, you can’t lose, and nothing gets resolved. And because of this, I feel that this is a scenario that many people can relate to. Featuring character artwork by Justyna Burzynska and full voice-acting. Contains coarse language and brief nudity. 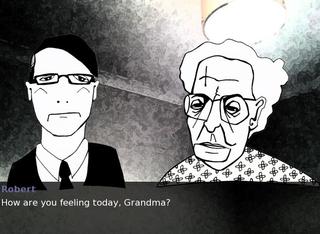 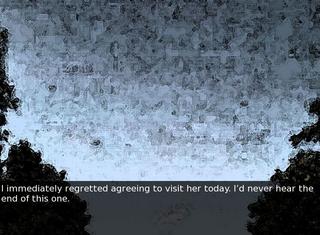 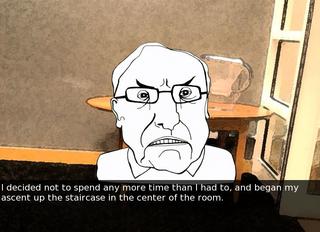