Once upon a time there was an old woman who had three daughters. All of the three had married and left her house. So she lived alone. One day she was so bored of loneliness that she told herself: "Since my youngest daughter has married my house has gotten so dim and silent. I better go and pay her a visit." 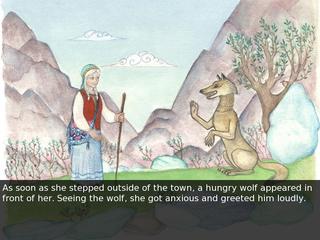 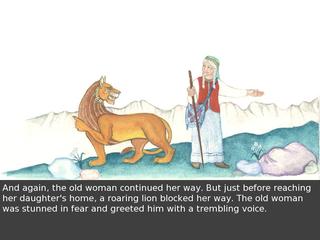