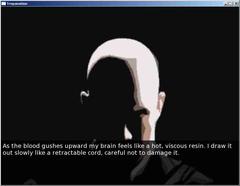 A rash of recent suicides and the only clue are these mysterious death organs. A man with no purpose to his life tries and prevents these people from killing themselves. He teams up with another hostel resident who has her own weird gift, but first he must undergo a strange procedure called trepanation. Some doctors believe that trepanation can increase your brain power and improve academic and career performance, as well as give heightened consciousness. But unconscious starts to take over, giving a strange kind of clarity of the world beneath what we interpret with our eyes. This visual novel is a demo to what is aimed to be a full novel. 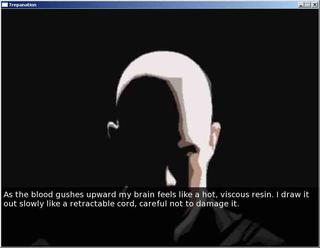